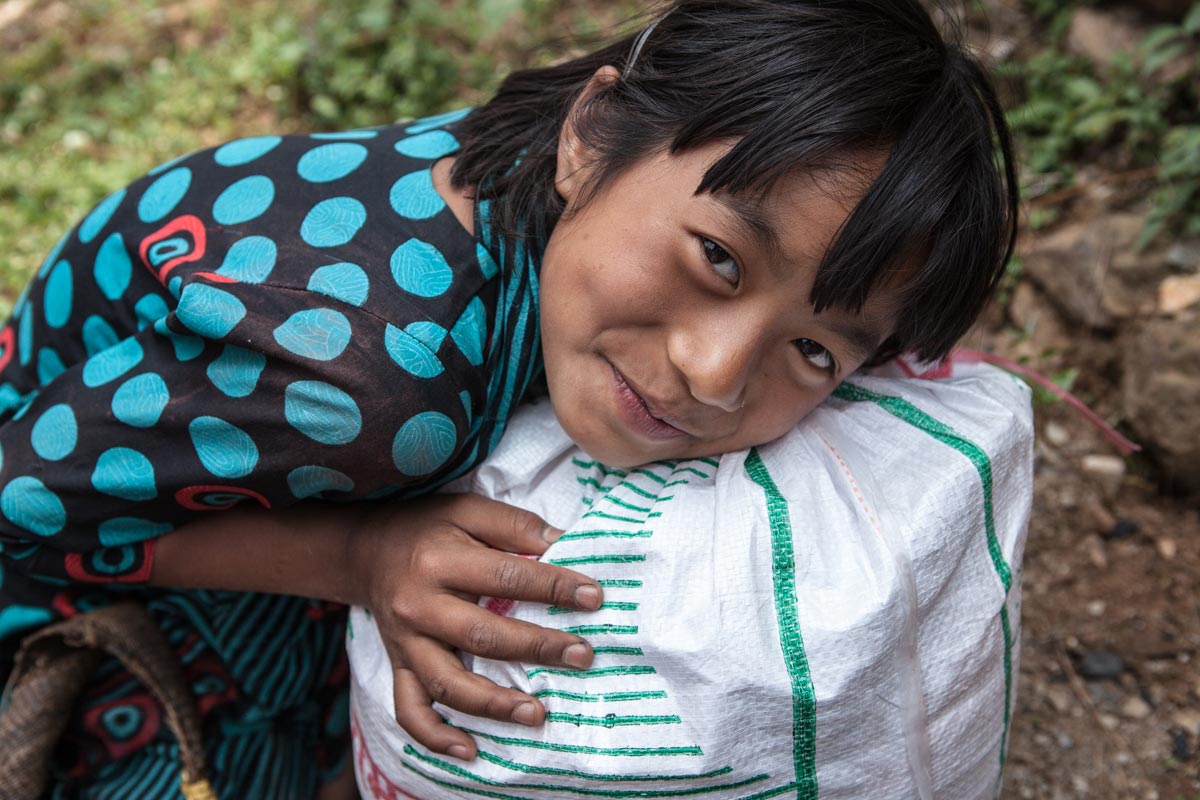 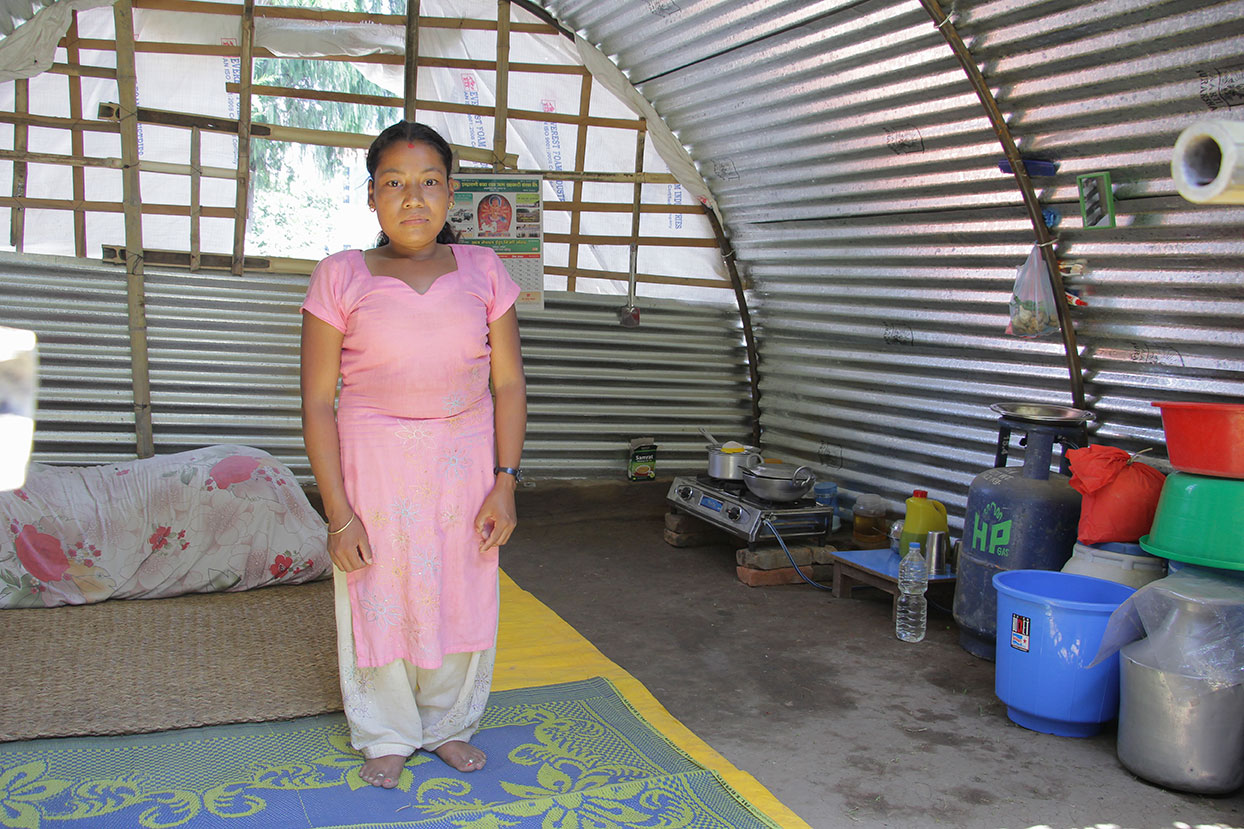 Immediately after the earthquake, Karuna Foundation Nepal turned into a lean and mean relief organization to help the earthquake survivors. In the first three months Karuna Foundation had already reached 85 VDCs of 17 affected districts reaching around 15,000 households (100,000 populations) with immediate relief materials (food, tarpaulin, medicines) and supported over 3000 families for temporary shelters. As a disability focused organization, Karuna Foundation paid more attention towards children and adults with disabilities reaching 8,000 of them. We acknowledge all the organizations supporting via Reach Out2 and other organizations, within and outside Nepal, for their direct and indirect support.

Humanitarian Emergency Relief and Rehabilitation Services in Earthquake affected Kavre District of Nepal, with special attention for children and adults with disabilities

Kavre was one of the adversely affected districts by the catastrophic earthquake on 25th April 2015 with nearly 315 deaths, 930 injuries, and 30,000 private houses fully damaged and 10,000 partially damaged. Karuna had worked in Kavre from 2007 to 2013 which motivated us to intervene immediately for the relief in the district. 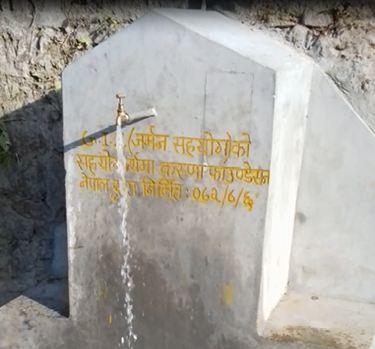 The main objective of the project was to support reconstruction of temporary shelters to the total population of the two VDCs including components on WASH. All the works were done in close coordination with the DDRC, Village Disaster Relief Committee and the local communities. 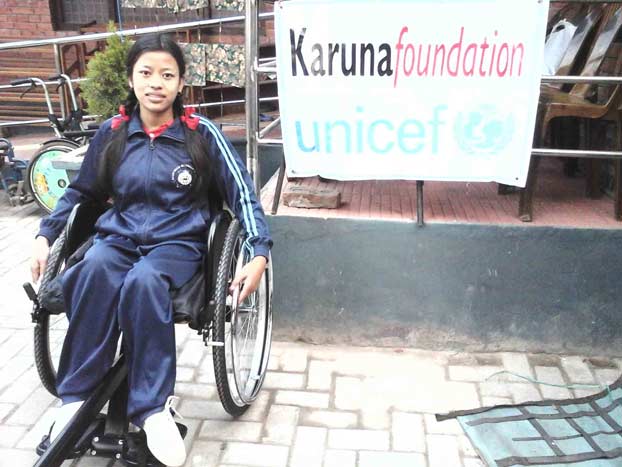 Karuna joined hands with UNICEF to implement child protection project focusing the needs of children with disabilities affected by the earthquake. The main objective was to identify children with disabilities affected by the earthquake and their needs and provide them immediate support. 14 Volunteers were appointed to work in 14 the most affected districts to achieve the above objectives who worked in coordination with DDRC and collaboration with District Child Welfare Board (DCWB), Women and Children Development Office (WCDO) and National Federation of Disabled Nepal (NFDN).

Strengthening the health, safety and development of children 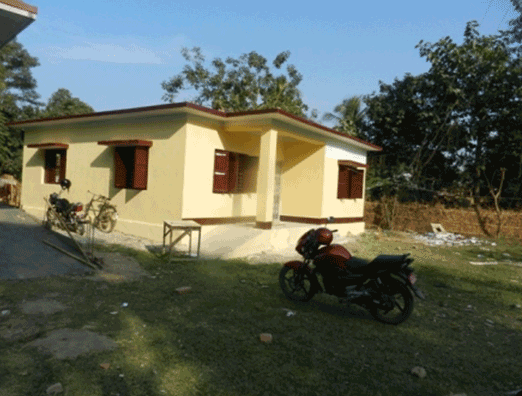 Sunsari was not among the severely affected districts. However, a number of health facilities were damaged in the district among which four were in the project VDCs of Karuna Foundation (Aurabani, Bhaluwa, Dumraha and Madesha). Two were severely damaged while the other two had repairable cracks. A number of ECD centres were also affected. This project aimed to support renovation and reconstruction of the health post buildings and Early Childhood Development Centres.

In addition, the objective of the project was also to strengthen the capacity of Disabled People's Organizations (DPOs) in the villages and establish cooperative led by Persons with Disabilities in the longer term. 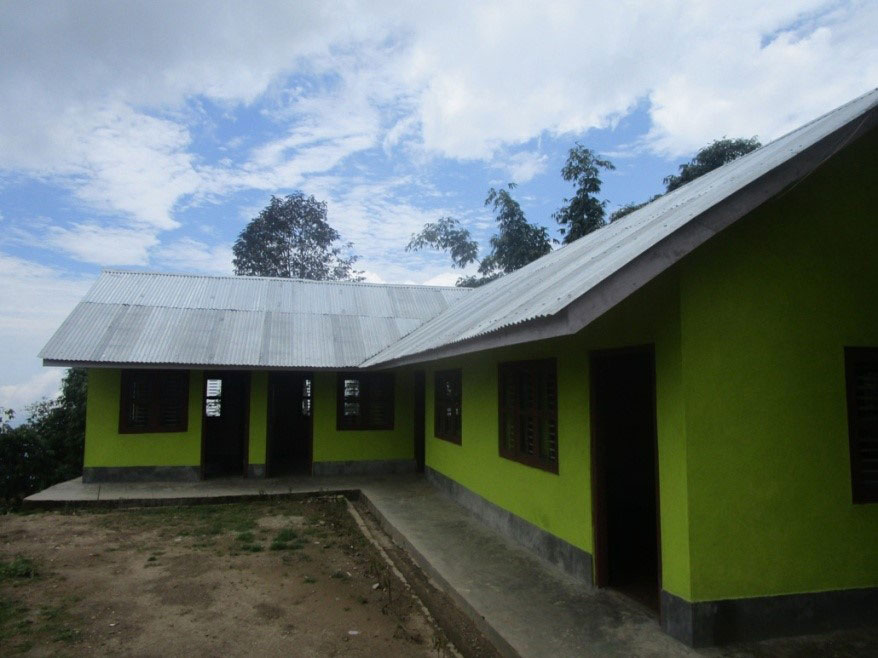 Post-earthquake Rehabilitation of Children/Adults with Disability 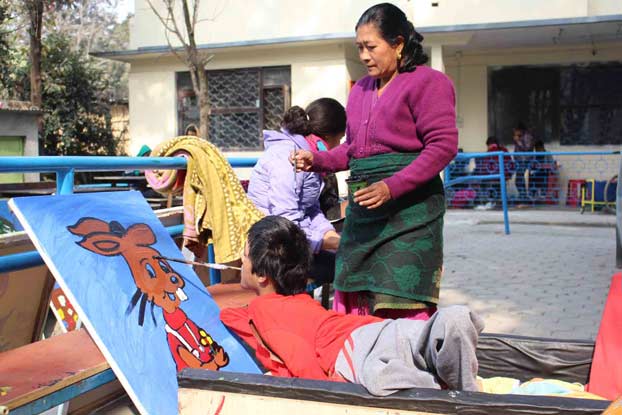 In Makwanpur, the devastating earthquake claimed 34 lives and left 127 injured. The project was implemented with an objective of providing emergency support to affected children and adults with disabilities through health, shelter and income generating activities. 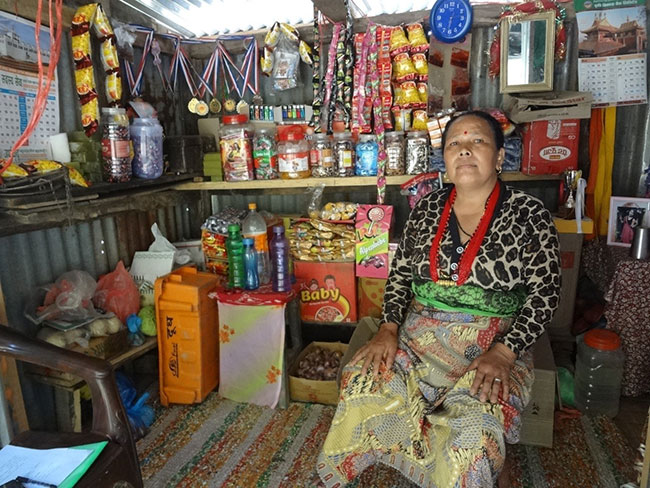 The main objective of the project was to help improve the livelihood skills and increase the income of the families of persons with disabilities or those injured by the earthquake.

Post-Earthquake Rehabilitation for persons with disabilities 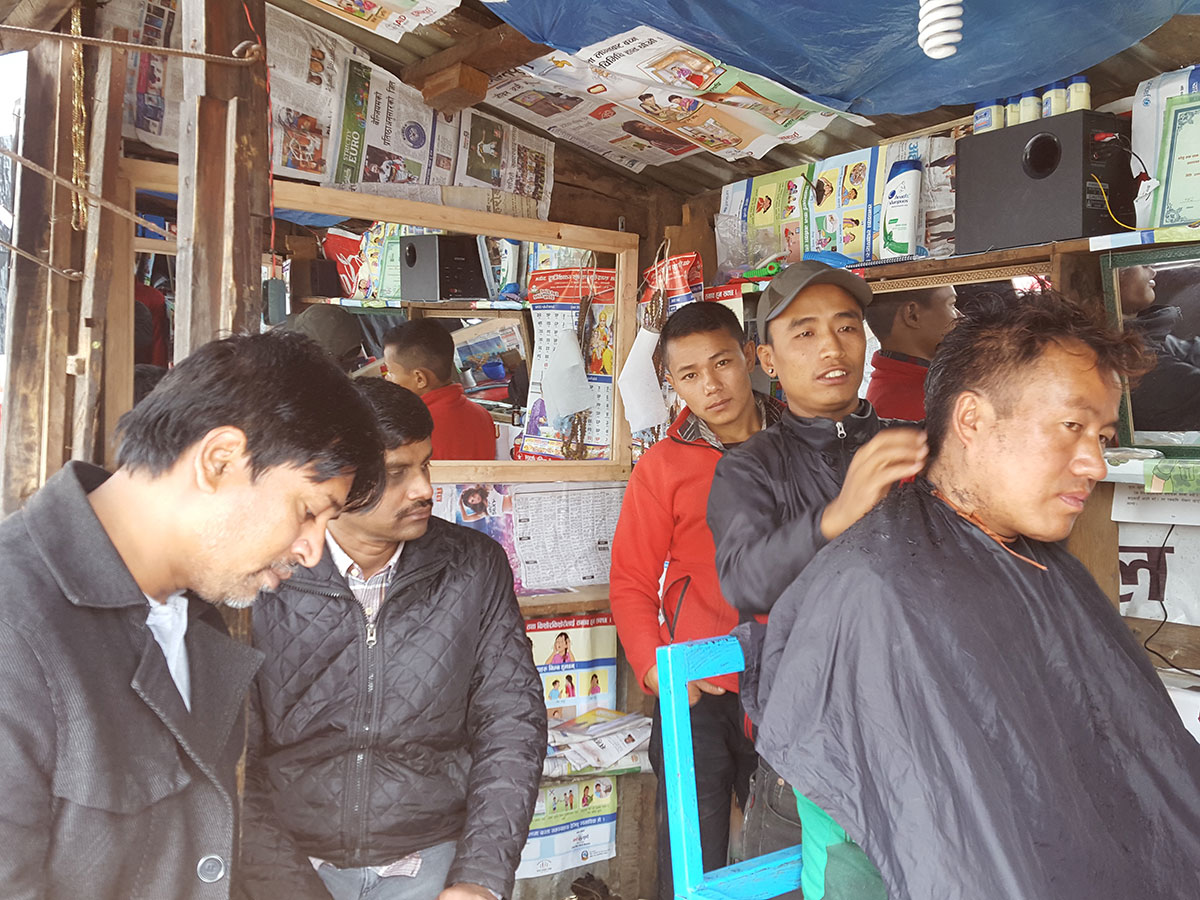 Among the 14 severely affected districts, Rasuwa stands on the top list in proportion of causalities and damaged facilities. Almost 90% of the water supplies were damaged; all schools were damaged, affecting two third of water and sanitation facilities in the schools. All the health posts were destroyed affecting health care services throughout the district.

Disability Inclusive Relief and Rehabilitation after the earthquake in Nepal 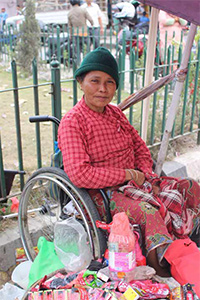 This project aims to provide emergency and rehabilitation services to earthquake-affected persons with disabilities and their families focusing on improving their health, livelihood and show casing disability friendly public facilities. 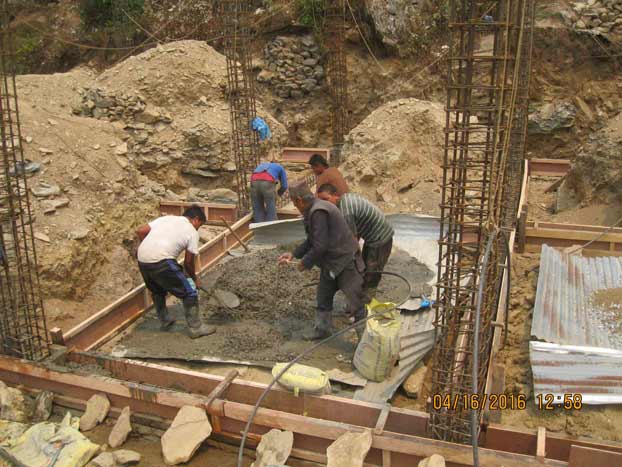 When the earthquake struck Nepal on 25th April 2015, about 20,000 school buildings were destroyed mostly in central Nepal. This project aims at restoring education system through reconstruction of disability friendly classrooms and create awareness on child protection.

Livelihood Program for Disaster Affected Persons with Disabilities in Bhaktapur

Devastating earthquake cause loss to livelihood options of many families in the country. Bhaktapur is one of the most affected districts. Karuna is implementing livelihood program targeted to the earthquake affected families of persons with disabilities in two municipalities of Bhaktapur district.