Agreements with local governments in Province No. 1

Ten years ago, Karuna Foundation Nepal embarked on a mission to build disability inclusive communities in seven villages of Nepal. The aim was to strengthen service providers in these villages to prevent avoidable disabilities and improve quality of lives of persons with disabilities. The program was called Inspire2Care Program.

What started with a project in these villages has now grown to be a Province wide program to cover all the districts of Province No. 1, Nepal. Now known as Disability Prevention and Rehabilitation Program, it has been endorsed by the Provincial Government and an agreement has been signed between the Ministry of Social Development, Province No.1 and Karuna Foundation Nepal to jointly take the program in all 14 districts of the province. The agreement signed on September 25th, 2019 has set into motion of series of agreements with the local governments of Province No. 1.

In the first phase of the scale up, 27 local governments of Dhankuta, Morang, Panchthar and Sunsari districts will be covered reaching over 100,000 pregnant women and 25,000 persons with disabilities directly. So far, Karuna Foundation Nepal has signed agreements with 17 of the 27 local governments. These agreements mark the beginning of the Disability Prevention and Rehabilitation Program in these local governments and have been done in the presence of elected representatives, government officials, health workers, Disabled People’s Organizations and other stakeholders.

We are elated to see the Provincial Government and local governments partner with us to create lasting change. 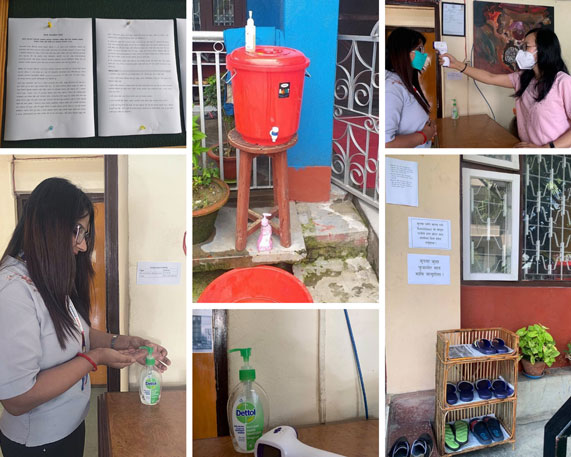